We watched this week as another chapter unfolds in the PPP saga. 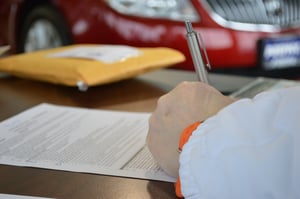 You may recall that the CARES Act with the Paycheck Protection Program was instituted at the end of March. Shortly after, the application process partnered the SBA and banks and funds began to be deployed. Because of the broad definition of economic impact, nearly every small business in America qualified, which caused the original funds allocated to be depleted in less than 14 days. A tumultuous bank roll-out exacerbated the fact that the funds did not reach many of the intended recipients.

Businesses were asked to hold their breath a little longer while congress added more funding to the program. We began to see backlash towards certain entities that received funds despite access to other sources of liquidity. Meanwhile, smaller businesses whose survival depended on the funds were being left without a lifeline.

As the details for forgiveness started to become clearer, a safe-harbor to return the funds was also given, which confused, and frightened some of the borrowers who had previously received funding. This caused frustration for others as their business doors remained closed by fiat. Congress was petitioned for additional flexibility to help the funds meet their intended purpose for businesses hardest hit. That is where we stand today.

This week, the US Senate unanimously passed the House legislation H.R. 7010 to offer the much-awaited additional flexibility in both usage and forgiveness terms of the PPP. June 5th, 2020 the President signed this bill into law.

Many borrowers, especially those who are just beginning to open their doors are going to be happy to hear that there is an extension offered on the covered period. Originally, the forgiveness loan application provided some relief on this front by giving an alternative covered payroll period that allowed businesses to align their covered period with pay periods for ease of calculation. With the PPP Flexibility Bill, Congress granted further relief by giving the option of up to a 24-week covered period or an extension through the end of 2020-whichever comes first. If borrowers prefer a shorter window for the usage of the funds, that original 8-week period is still available, or a shorter than a 24-week window can be used if it is more beneficial to the borrower.

Also, the $100K salary cap as well as the definition of other qualified expenses remain the same.

The 75/25 split previously outlined for usage on payroll vs. qualified non-payroll expenses has been changed to a 60/40 split with an apparent cliff, where if 60% of the funds are not used on payroll, absolutely no forgiveness will be granted.

Replacement of FTEs and Restoring Salaries:

Everyone will have a longer-term to restore Full-Time Employees (FTEs) and salary levels. In previous calculation models, restoring your FTE's was the crux of forgiveness. There were several calculation periods as well as a June 30th safe harbor that was previously given.

The forgiveness application gave some additional relief on this front with the ability to document dismissals for cause, resignation, or request of reduction in hours. The current legislation moves the safe harbor period out to December 31, 2020, and reaffirms the ability to document employee reductions. If the borrower can restore FTEs and salary levels (per employee) to the 2/15/20 levels, at any period of time prior to 12/31/20, then no reduction will occur from this requirement. Also, the bill adds a new and benevolent statute - that staffing levels (FTE calculation) can be reduced based on a reduction of sales related to OSHA guidelines for sanitation, social distancing, or worker and customer safety. Lastly, the bill allows for staffing levels (FTE calculation) to be reduced if the borrower can show in good faith, an inability to rehire individuals who were employees in the past and/or an inability to hire similarly qualified employees for unfilled positions.

Loan Repayment and Deferral of Payment:

Loan repayment terms for PPP funds that do not qualify for forgiveness have been extended from two years to five years. It should be noted that this only applies (automatically) to loans that are issued AFTER the passage of this bill. In the instance loan documents have already been executed, a borrower will need to approach their lender to renegotiate the longer repayment term. Lastly, the deferment of payment has been moved to the date the lender receives the forgiveness amount from the SBA. Previously, deferment was for six months after the date of origination.

The act allows borrowers to continue to defer employer share of social security taxes from 2020 into 2021 and 2022, even after receiving loan forgiveness. Previously, the deferment was only permitted up to the time the loan was forgiven.

On April 30th, the IRS issued Notice 2020-32 which in summary stated that expenses paid with PPP proceeds that are ultimately forgiven will NOT be deductible to the borrower. Not allowing deductions for PPP covered expenses essentially reduces the tax benefit available to PPP loan recipients. This issue, although talked about in the Senate, was not addressed in this bill. It may take its own course, it's own bill, since many feel that this was not the original intent of the CARES Act provision. This remains to be seen.

There are still other questions that remain, however, we are encouraged by the progress and the additional flexibility. The SBA will have to revise the PPP Loan Forgiveness Application to account for these changes. They will also issue additional FAQs and Interim Final Rules to provide additional guidance. The result is that forgiveness should be easier to come by. Businesses should revisit their strategies for deploying PPP funds. At MRPR, we stand ready to assist you in this endeavor.