Opportunity in Numbers. 45 Years and Counting.

Opportunity in Numbers. 45 Years and Counting. 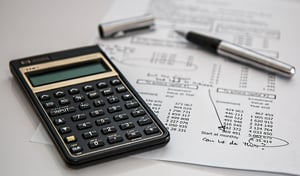 The Small Business Administration (SBA) has released a Loan Forgiveness Application for the Paycheck Protection Program (PPP), which was created by the Coronavirus Aid, Relief, and Economic Security (CARES) Act. The application and its instructions provide step-by-step guidance on calculating a borrower's PPP loan forgiveness amount. The application is much anticipated and helps clarify some of the questions we referred to in our previously published Top Ten Questions About the PPP blog -- but not all. The SBA and the U.S. Treasury have indicated they will continue to release guidance on the forgiveness calculation.

The following is a brief summary of definitions we found clarified in the application:

Application instructions explicitly define the covered period which commences and includes the day on which funds were received from the lender and continues for exactly 56 days.

For administrative ease, an alternative covered period is being allowed for borrowers with a biweekly (or more frequent) payroll schedule. Businesses can elect to begin the APCP on the first day of the first pay period that starts after receipt of funds. For a deeper dive please refer to the application, as it gives a specific very common example. If a business chooses to use the APCP, this same date range must be used for calculation whenever there is a reference to the “CP or APCP,” and they must use the CP whenever there is a reference to just the CP.

Payroll Costs are considered paid on the day paychecks are distributed or the borrower originates an ACH credit transaction. Payroll costs are considered incurred on the day that the employee’s last pay is earned. Payroll costs incurred but not paid during the borrower’s last pay period of the CP or APCP are eligible for forgiveness if paid on or before the next regular payroll date.

Eligible non-payroll costs include covered mortgage obligation interest (real and personal property), covered rent obligations (real and personal property), and covered utility payments. The application states that those non-payroll expenses paid during the covered period are qualifying expenses. Alternatively, if the expenses are incurred during the covered period AND paid on or before the next regular billing date, even if the billing date is after the covered period, they are also includable in the forgiveness calculation. Simply put, they are allowing businesses to pick up two normal monthly payments of other expenses. This hits at the Incurred and Paid definitions everyone has been questioning and provides clarity on that front.

We previously interpreted 30 hours per week to be the standard basis for calculating full-time equivalent employees, as was the case with the Affordable Care Act. However, the application for PPP forgiveness provides two calculation methods for the FTE equation. Borrowers have the option to divide each employee's average number of hours by 40 and round to the total to the nearest 10th. The maximum for each employee is capped at 1.0. Or they can use a simplified method and whereby employees who work 40 hours or more are considered to be 1 full-time equivalent and employees who work less than 40 hours per week can be calculated at .5 full-time equivalent.

There are two look-back periods specifically defined to choose from for FTE comparison if you are a non-seasonal employer. If your employment is seasonal, you can only choose one look-back period.

The FTE Safe Harbor of June 30th, 2020 still applies to the FTE calculation. If full-time equivalents are restored to employment by the end of June, then calculations through the covered period don’t apply to forgiveness reductions.

There are also some other reduction exceptions that are being allowed:

If these positions were not filled by new FTEs, then they do not count in the calculation for loan forgiveness.

There have always been several “haircut” provisions that reduce the PPP loan forgiveness, the ordering of which could have a significant impact. The application provides the borrower with favorable ordering:

There is a check the box to indicate "If Borrower, together with affiliates, received loans in excess of $2 million, check here".  This is either going to alleviate SBA audit burdens or eventually generate one.

A certification with regard to the loan forgiveness amount - That compensation paid to any owner-employee or self-employed individual/general partner does not exceed eight weeks of 2019 compensation - capped at $15,385 per individual.

There is another certification that the borrower did not knowingly use the funds for unauthorized purposes. Thus, using the money for anything other than payroll costs, interest, rent, or utilities,  could be an issue.

On a side note, there is a bill being proposed in the Senate whereby the eight-week covered period would be extended to 16 weeks. Under the current rule, the earliest recipients of PPP funds must finish using them by May 29. The bill would have to be approved by the House but there appears to be consensus to get this done separately from any other larger relief bills.

We will update you as soon as official authoritative changes have been passed.