Is Your Tax Return Vulnerable to Identity Theft? 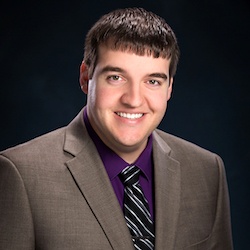 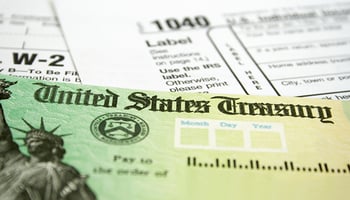 The damaging impact of identity theft can be devastating and long-lasting. When we send off our tax returns to the IRS we assume our information is safe. But did you know that the simple act of filing your tax return could put you at risk for identify theft?

The Scope and Cost of Identity Theft

The massive data breach of Equifax in 2017 was a prime example of a large scale attack. Over 140 million consumers had their personally identifiable information exposed. Years later, those victims are still dealing with headaches trying to restore their stolen identities and protect themselves from additional fraud.

The costs of identity theft are staggering: a 2018 report found that nearly one in sixteen Americans had been the victim of identity theft of some kind in 2017, with estimated fraud losses totaling over $16 billion.

Tax fraud was one of the top five identity fraud types reported in 2018, with 38,967 cases documented.

Filing tax returns are hard enough. Now imagine having it rejected because someone filed a fraudulent return in your name.

Criminals can obtain a victim’s social security number or other identifying information and file a fraudulent tax return in their name. They then claim refunds legally due to the victim. Sometimes they even claim the victim’s children as dependents on the fake return.

Worse yet, victims may not know that a tax return has been fraudulently filed until weeks or even months after a refund has been intercepted and stolen. Although the IRS has implemented several measures to identify and deter fraud in the return filing process, these measures do not offer complete protection to taxpayers, and taxpayers cannot rely solely on the IRS to stop tax return filing fraud. Bottomline: You need to do everything you can to be proactive and protect yourself.

Thankfully, the IRS has a program to help tax payers prevent identify theft when filing: The Identity Protection PIN Program. By sending unique PINs to taxpayers every year through the mail, the program allows people to implement an extra level of security when filing returns. The PIN is unique to the taxpayer (or spouse, if filing a joint return), and is valid for a single tax year.

While the program was initially implemented only as a response to taxpayers claiming identity theft on their tax returns, the IRS has now expanded the program to allow and encourage voluntary participation in the program for taxpayers in nine states and the District of Columbia.

You can apply for the program in one of two ways:

The PIN program is one of the most effective safeguards against tax-related identity theft and can be used in conjunction with other IRS-sponsored identity protection programs.

You are concerned that you may be vulnerable to identity theft

Please contact the MRPR team if you have questions or concerns about protecting yourself from fraud on your tax returns.