What the Wayfair Case Means for Multi-State Sellers 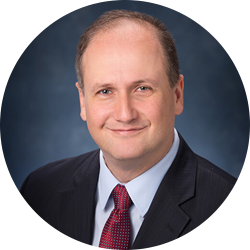 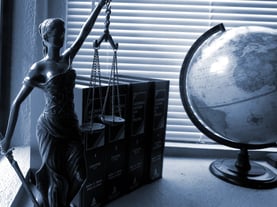 If you've haven't heard about the Supreme Court's ruling on South Dakota v. Wayfair, it's time to start paying attention. Wayfair, an online retailer of home furnishings since 2002, had been selling products without charging state sales tax, giving it a consumer benefit edge over its brick and mortar competitors.

In 2015, Supreme Court Justice Kennedy invited states to challenge a prior ruling on economic nexus and taxation. In prior rulings in Quill and National Bellas Hess the court had held that a business had to have people or property inside of a state in order to be subject to that state's collection of sales and use tax rules.

A number of states began drafting legislation --some of them had specific retailers, such as online behemoth Amazon, in their sites. South Dakota law makers drafted a piece of legislation that sped through the lower courts and ultimately reached the Supreme Court. That brings us to Wayfair.

The Supreme Court's Decision on Wayfair

In June of this year, the Supreme Court affirmed the South Dakota legislation allowing the state to impose a sales tax obligation on sellers without a physical presence in that state. Quill had been overturned, and with it went National Bellas Hess, a 1967 ruling that determined that a mail order reseller was not required to collect sales tax unless it had some physical contact with the state.

Bottomline: the Wayfair ruling will greatly impact state and local taxation and the economic nexus standard for remote sellers.

We're not sure how substantial economic nexus will be defined going forward in all states, but Wayfair established two pieces of criterion for businesses with sales activity in South Dakota:

To be clear, you shouldn't panic. First, this is not a tax to your business, but instead one that is passed on to your customers. Second, Wayfair is a prospective decision, meaning, it will not retroactively change the law. However, you will need to understand how to stay compliant moving forward.

As an example, if you're a Michigan-based business and you're selling products or services (or have sales folks who are boots on the ground doing so) in the state of Illinois, you'll need to stay on top of legislation for nexus, including physical presence, economic nexus, and substantial nexus in that state.

This is tricky because some businesses may think that their out-of-state sales calls or solicitations are above board, when in fact, some may fall outside of acceptable behavior under Wayfair.

Retailers who fail compliance standards will not only be responsible for paying the taxes due, but will also be subject to penalties and interest.

Wayfair should be viewed as a 'layer' on top of existing laws. The Supreme Court hasn't said, for example that $80,000 in annual sales isn't substantial nexus. As states continue to pass their own laws and adjust nexus as they see fit, the burden will be on multi-state retailers to keep up with the changes.

There are 4 things you can do right now to stay compliant with the sales tax collection obligations.

1. Review where you're currently doing business and where your sales have occurred.

2. Work with your accountant to develop a strategy and be ready to respond to legislative changes.

3. Ask your accountant to track the legislative actions in the states where you conduct transactions.

4. Meet with your accountant regularly to uncover any blindspots.

A bit of good news: If you find that you were outside of compliance in the past, you may be able to take advantage a programs offered by many states that limit penalties and work with you to get back into compliance.

If you're unsure about the implications of the Wayfair decision on your business, feel free to contact us to talk about it. We can help you determine your next steps to stay compliant.